I’m so excited to share our engagement story in today’s post. From the months leading up to it, to the proposal and more. It’s been an exciting time and I can’t wait to spend the rest of my life with my very favourite person.

This past week has been an exciting one, to say the least! Sean and I got engaged at the end of September on our final trip of the year up north. I’m so over the moon, and I’m excited to share our engagement and proposal story here on the blog!

I’m not sure how everyone approaches the topic of marriage, but Sean and I have talked openly about it for a long time. It’s important to be on the same page and to understand each other’s perspectives, expectations, and desires. While we both agreed that marriage isn’t what holds a relationship together (there’s so much more to spending your life with someone than a ring on your finger and a signed document), nor does it change our already-committed relationship, we did have a rough idea of when we wanted to get married.

I knew very early on, back when we met in May of 2017, that I wanted to marry Sean. There were never any doubts about that. Our relationship has always been easy.

Before I met him I had a list of character traits I wanted in a partner, and while this may sound fastidious, it was a matter of putting out into the universe how I wanted to feel and what mattered to me in a partnership. I truly believe that he came into my life as a result of me intentionally making space for the kind of relationship that we have. Past experiences taught me what I did and did not want and when I met him, I just knew. He has always been, and is, everything I have ever wanted in a partner and I feel so grateful every day that I have him in my life.

Okay, on with the story!

A Few Months Before

The months leading up to us getting engaged involved me showing him photos of rings I liked and us casually discussing what kind of wedding we would want. I have to admit, as things got closer to when he proposed, I had this overwhelming feeling of suspense that was SO hard to handle, haha! I like to think that I love surprises, but I really struggled with the mystery of it all. I knew it was approaching at some point in the near future but I couldn’t read him. Would it be another few months, or just a few days? The suspense really killed me!

We had a cottage trip planned with a friend for the last weekend of September. The fall colours would be beautiful and I really wanted to go up there one last time this year.

We spent Saturday (the 26th) going out for breakfast, hiking, eating yummy food, and puzzle-building. I had asked Sean where a couple of items were packed, and he insisted he grab them from his bag himself. The way he sneakily prevented me from searching through his bag (which normally I would do), definitely made me curious. What was he hiding?

Also, as an aside: the night we arrived at the cottage (the 25th) I had a dream that Sean proposed to me with a ring made out of sheet metal. It was a very strange dream. Lol!

On Sunday (September 27th) I woke up in the morning with a crystal clear intuitive sense that Sean might propose that day. I had never had this feeling before in my life. I can’t explain it. I wasn’t entirely sure… but something was tugging at me.

We went out for another hike and I thought he might have proposed then. But as the day went on, I let it go. Then in the evening while I had beef stew cooking on the stove, Sean came and sat next to me on the couch. He asked if I wanted to go out for a canoe ride, and that our friend Chris could stay at the cottage while dinner finished cooking. I thought that was a nice idea.

We headed to get the canoe from the boathouse. This is definitely the least romantic part of the story. Haha. I have a bit of a fear of spiders and the thought of lifting and carrying a canoe upside down with my head inside of it and spiders crawling in it is basically my worst nightmare (why are spiders ALWAYS IN BOATS?!). So, this activity elicited some frustration on both of our parts because I was not particularly helpful with carrying it down to the water. (Sorry Sean!) 😅

Finally the canoe was in the water. We grabbed some paddles, threw in some life jackets, hopped in and paddled away. Also, for the sake of painting a full picture here, my hair was a mess, I had no makeup on, and I wasn’t my most put together. But hey! That’s cottage life for you.

We paddled through my favourite little nook near a tiny island that’s always so calm, and out past where a tornado had wiped out trees a few years prior. As the lake opened up Sean suggested we head to the end where we could stop and chill out for a few minutes. I agreed, and we continued on until we found a tiny private shore, almost like a little beach, with the clearest of waters and the big dark forest behind. It was incredibly quiet and peaceful, and also very private with no cottages on the lake around us. We parked the canoe, rolled up our pants, and stepped out into the shallow water where we stood together for a few minutes, soaking up the view and relishing in the small bit of blue sky that opened up while we were there.

Then, Sean told me he had a question for me.

This part felt like slow motion and hyper-speed all at the same time. I saw his hand in his pocket and all of a sudden a ring box was in front of me and I can hardly recall what was said because I was in such a moment of disbelief and surreality that this was actually happening.

It’s so hard to describe what this moment felt like. It wasn’t a surprise in the sense that it was completely unexpected (although despite my hunch, I still didn’t know how or when it would happen), it was more of a shock that this was actually happening. I cried and hugged him and told him, ‘yes, of course!’ along with way too many ‘oh my gosh’s’ as I stared at the ring and he told me all about it.

I know many of you want to know about the ring! So here are some details.

The ring is a family heirloom dating back to approximately the 1940s. I had no idea he had this ring for a few months already. In fact, I never even once thought that there might be a family ring in the first place. It all made sense to me now, though. Every time I’d shown him a photo of a ring I liked, he was always politely neutral about it. Interested, but also not interested. Looking back, he already had a ring!

The ring is so special for so many reasons. First and foremost, it’s special because it has such sentimental value being a family ring, and one that came from Sean. I love that it wasn’t one that I ended up picking myself. It feels so special to me on my finger. Secondly, it’s special because anyone who knows me, knows that I love antiques and shopping second-hand. In fact, in the past I had mentioned to Sean that I would love to go to the antique market to see what rings they had there. I also extensively perused a few vintage jewellery websites.

Lastly, although I didn’t choose the ring, it was literally exactly what I wanted. What were the chances of that?! Yellow gold, round cut centre stone, less than 1 carat, and accent diamonds. It’s perfect in every way possible (except that it was a size 9.25 and I couldn’t wear it for a few days until I got it resized!) I can’t stop staring at it.

For those of you diamond ring enthusiasts, the centre diamond is about 3/4 carat with six accent diamonds that cascade along the sides beautifully. The diamonds are set in white gold.

So that’s it for our little engagement story. Before I sign off, I want to say thank you so, so, so much to everyone who sent us beautiful congratulatory messages, comments, and DM’s over on Instagram last week. As for wedding plans, I know most people want to know if we have any or what they are. We’re both pretty clear on what we want to do (so yes, we do have some rough plans!) but I’ll save those details for a future post.

Here’s a little vlog of some footage I took the day we got engaged:

Thank you so much for reading! I’d love to know, how did your partner propose? Were you surprised? Let me know below. 🙂 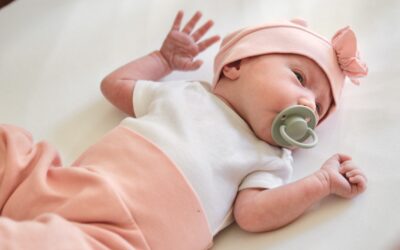 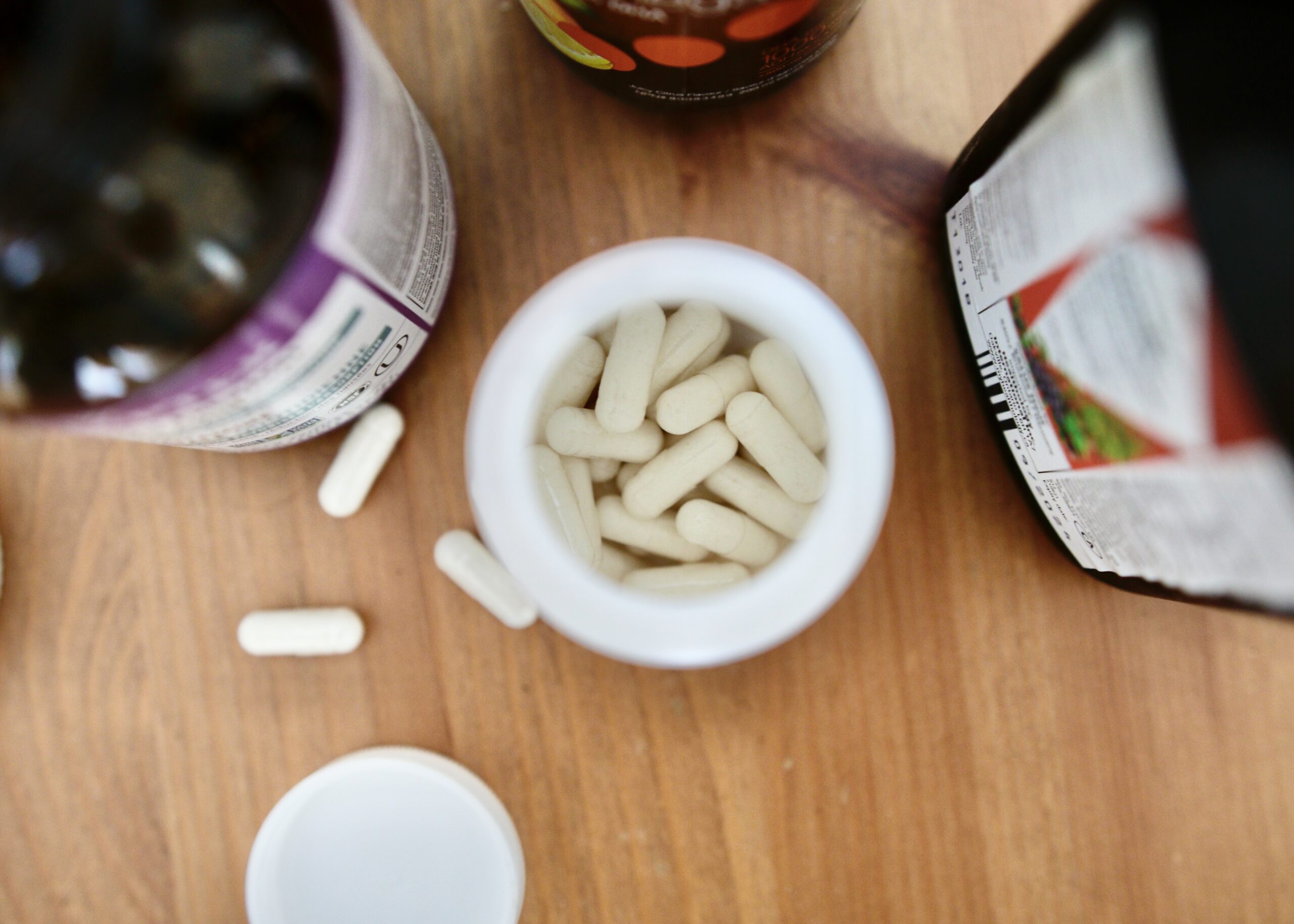